Stink bugs are found throughout the temperate and tropical areas of the world and are pests of many crops. In North America, plant-feeding stink bugs are most often associated with soybean, corn, tobacco, peaches, crucifers, tomatoes, small grains, red clover, and cotton. They can also be found feeding on many weed species. 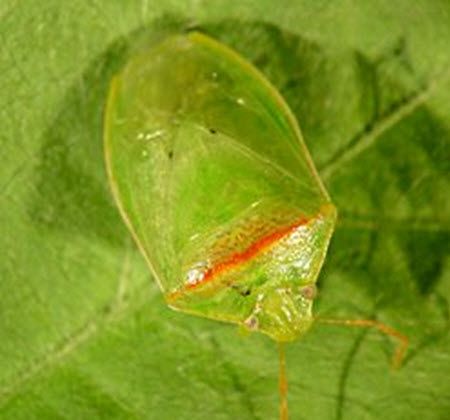 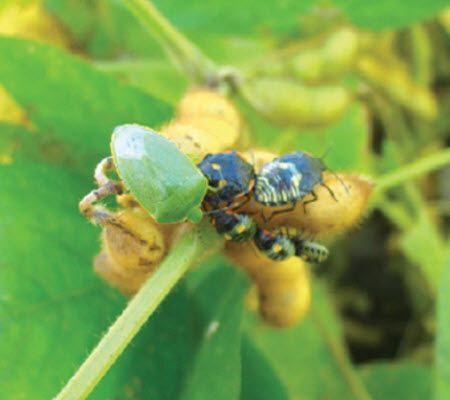 Stink bugs go through a simple metamorphosis, which includes egg, nymph, and adult stages. During warm months, female stink bugs lay eggs which are stuck in clusters to leaves and stems. After hatching, the wingless nymphs molt several times before becoming full-sized, winged adults. Large nymphs or adults are the overwintering stage. Stink bugs normally complete only one life cycle per year in the northern states, one to three in Midwest, and two to five in the South, depending on species and location.

Stink bug nymphs and adults primarily attack the pods and seeds of soybean plants, using their piercing and sucking mouthparts to inject digestive enzymes into the plant and remove pre-digested plant fluids. Their injury may be difficult to assess before harvest, because their mouth-parts leave no obvious feeding scars. However, at harvest the damage becomes obvious. Young seeds can be deformed, undersized or even aborted, and older seeds will be discolored and shriveled. 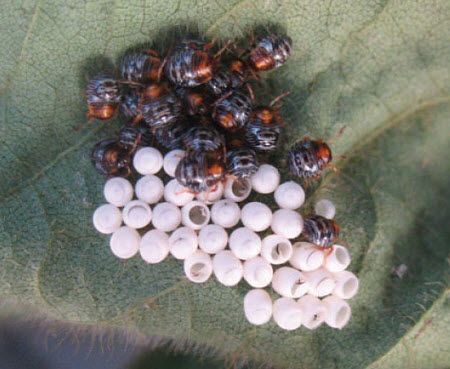 In addition to extracting nutrients and reducing seed size, the stink bug feeding wound provides an avenue for diseases to gain entry into the pod, reducing seed quality. Affected beans may further deteriorate in storage, and the germination rate will also be reduced. 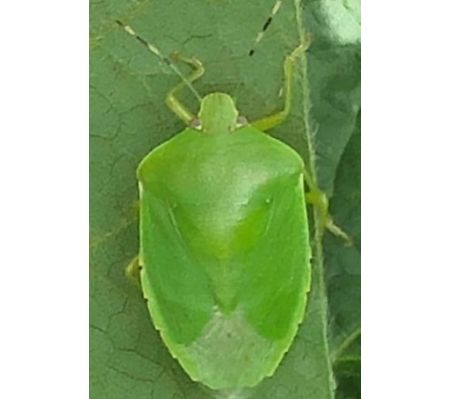 Stink bugs also feed on soybean plant stems, foliage, and blooms. On close examination, the location of feeding punctures can be identified by the presence of small brown or black spots. Indirectly, feeding damage by stink bugs can delay plant maturity and cause the abnormal production of leaflets and pods. This condition is referred to as “green stem syndrome”. Irregular shaped areas or patches in the field remain green with the rest of the field maturing normally. Plants within green areas tend to have green leaves, petioles, and stems. Plants may have few pods or may have pods at most nodes, but pods are small, dried and contain few if any seeds. 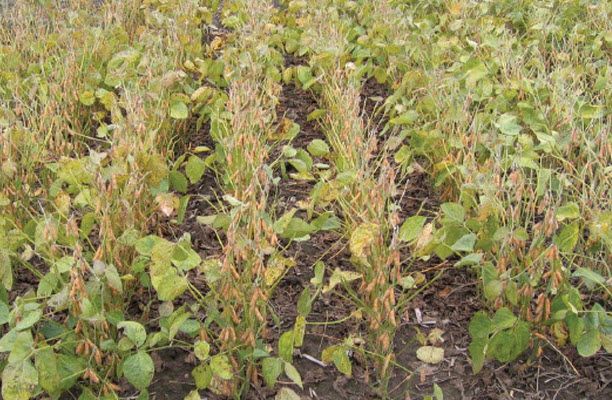 Scouting for stink bugs should begin when soybeans start to bloom and continue until maturity. Monitoring field edges for movement of stink bugs into a field is one way to identify potential infestations early. Growers should intensify scouting and be ready for aggressive control in soybeans when corn begins to dry down, as stink bugs will move rapidly from corn into soybeans. This is especially true in southern areas, where corn matures ahead of soybeans.

Either sweep nets or drop cloths can be used to sample for stink bugs. For 30-inch rows, shaking plants to dislodge bugs from the canopy unto a light-colored drop cloth placed between the rows is usually an effective sampling technique. Sweep nets are generally more appropriate for drilled or other narrow row spacings. It is important to sample several sites in a field because there can be tremendous variability in distribution within a field. For example, stink bugs may be concentrated on the edge of a field, but sparse within the field. For that reason, check at least five different areas within a field, with 20 sweep net or drop cloth samples per area. Combine counts of later-stage nymphs and adults when scouting.

A widely-used insecticide threshold is when adults or later-stage nymphs reach at least one per foot of row as soybean pods begin to fill with seeds. However, because treatment thresholds vary by state, growers may want to check with their state extension specialist for recommendations. Commonly used insecticides for stink bug control are shown in Table 1.

Table 1. Insecticides labeled for stink bug control in soybean a. 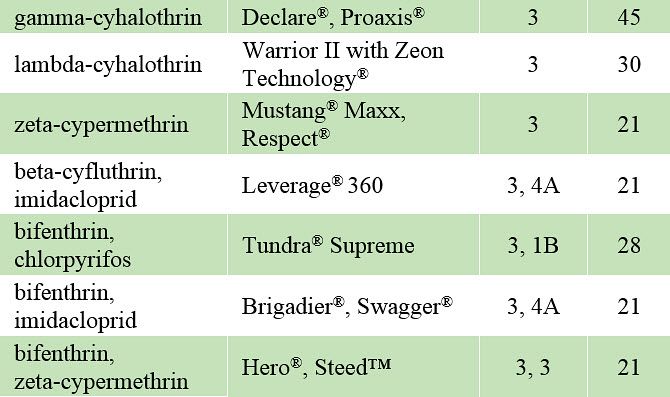 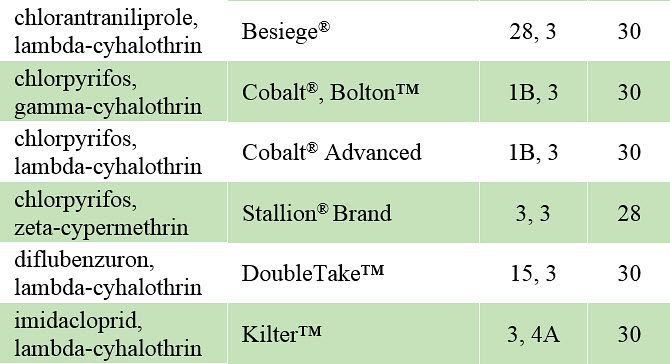 
PIONEER ® brand products are provided subject to the terms and conditions of purchase which are part of the labeling and purchase documents.

The foregoing is provided for informational use only. Please contact your Pioneer sales professional for information and suggestions specific to your operation. Product performance is variable and depends on many factors such as moisture and heat stress, soil type, management practices and environmental stress as well as disease and pest pressures. Individual results may vary.

TM ® Trademarks of Corteva Agriscience and its affiliated companies. © 2021 Corteva.